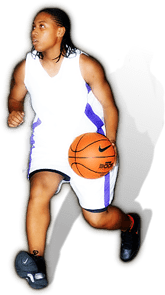 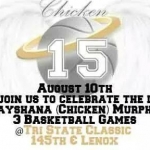 Come out and support Tayshana "Chicken" Murphy Day in Harlem on 145th st and Lenox Ave at Colonel Charles Young Playground in Harlem on Sunday August 10th. Big Thanks to Mousey and Tri-State classic getting the best HS girls basketball talent in NYC. You don't want to miss this historic event.

The 2014 Ball N Peace Citywide Showcase will be played in Brooklyn, Queens, and Harlem remembering Tayshana Chicken Murphy and all the young people that also met their untimely deaths to senseless street violence.
All donations and sponsorships for the 2014 Ball N Peace Citywide Showcase will go to the Tayshana Chicken Murphy Foundation to promote peace and empower our youth through our educational programs BOTH SIDES OF THE GUN and S.I.M.B.A. (Strong Intelligent Minds Building Alliances).
Come see future NCAA & WNBA stars from all parts of New York and New Jersey.


The Ball N Peace Basketball Tournament was established in August 2012. The tournament was formed in honor of Tayshana "Chicken" Murphy and all the young people who met their physical demise due to gun violence and destructive acts. The purpose of the tournament is to utilize anti-violence organizations, youth empowerment groups as well as positive entertainment to sow seeds of peace in our youth. Ultimately we use the platform of basketball and entertainment to gather young people and discuss solutions to the violence in our community. 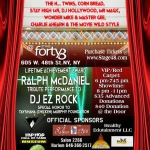